Home Stiri THE EVOLUTION OF THE FAN CLUTCH IN COOLING SYSTEMS

THE EVOLUTION OF THE FAN CLUTCH IN COOLING SYSTEMS

In order to ensure the effectiveness of the combustion engine in commercial vehicles, it is common to use cooling systems, in which a fan generates a certain air flow that allows the release of excess heat.

First engines were considerably big, heavy and required a great amount of fuel. Cooling systems of vehicles that had this type of engine used a fan with continuous air flow to keep a proper operating temperature.

If the fan was operating continuously, in some cases it could lead to engine overcooling, which could affect negatively the useful life of the engine. It was then that first viscous fan clutches appeared. These devices allowed the control of the power transmission to the fan depending on the cooling needs of the vehicle.

Over time, vehicle manufacturers developed smaller and lighter engines that required a more specific cooling system, appropriate to the type of engine. This way, it began the development of several models of viscous clutches with bimetallic control, with different power transmission capacities, in which it was possible to engage different types of fans. Besides, these fans were much lighter, made of plastic, and more efficient than the aluminium fans.

However, in the last decades anti-pollution regulations began to appear. For this reason, manufacturers were forced to considerably reduce fuel consumption in their vehicles. This led to the development of a new type of viscous clutch controlled by the ECU of the vehicle. This new control mode allowed to regulate, in a more efficient way, the right speed for the fan, depending on the engine cooling needs in real time and achieving a much faster response.

Click on the following link and discover the different types of clutches available: Fan clutches 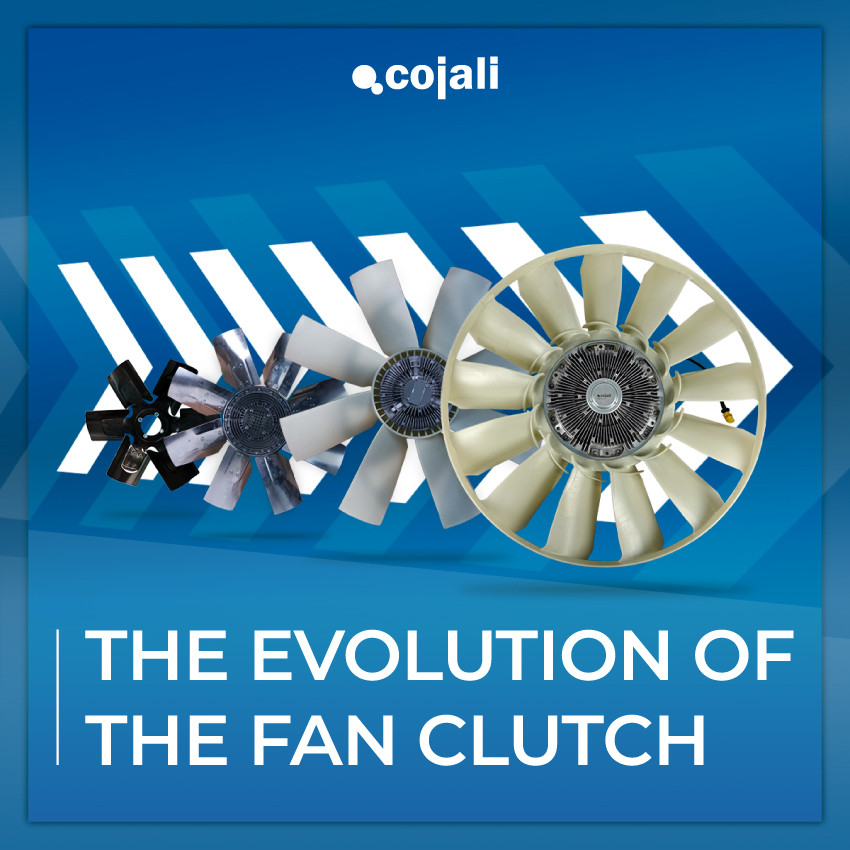 DID YOU KNOW WHAT A HALL EFFECT SENSOR IS AND WHAT IS IT USED IN A VISCOUS CLUTCH FOR?

In viscous clutches with electromagnetic activatio...

With the arrival of the spring, temperatures rise ...

This page uses our own and third party cookies to improve the navigability and accessibility of our website and to optimize the user experience. You can accept all cookies by clicking on the "Accept" button or click on "Settings" to obtain more information about them and to set or refuse their use.
ACCEPTATI